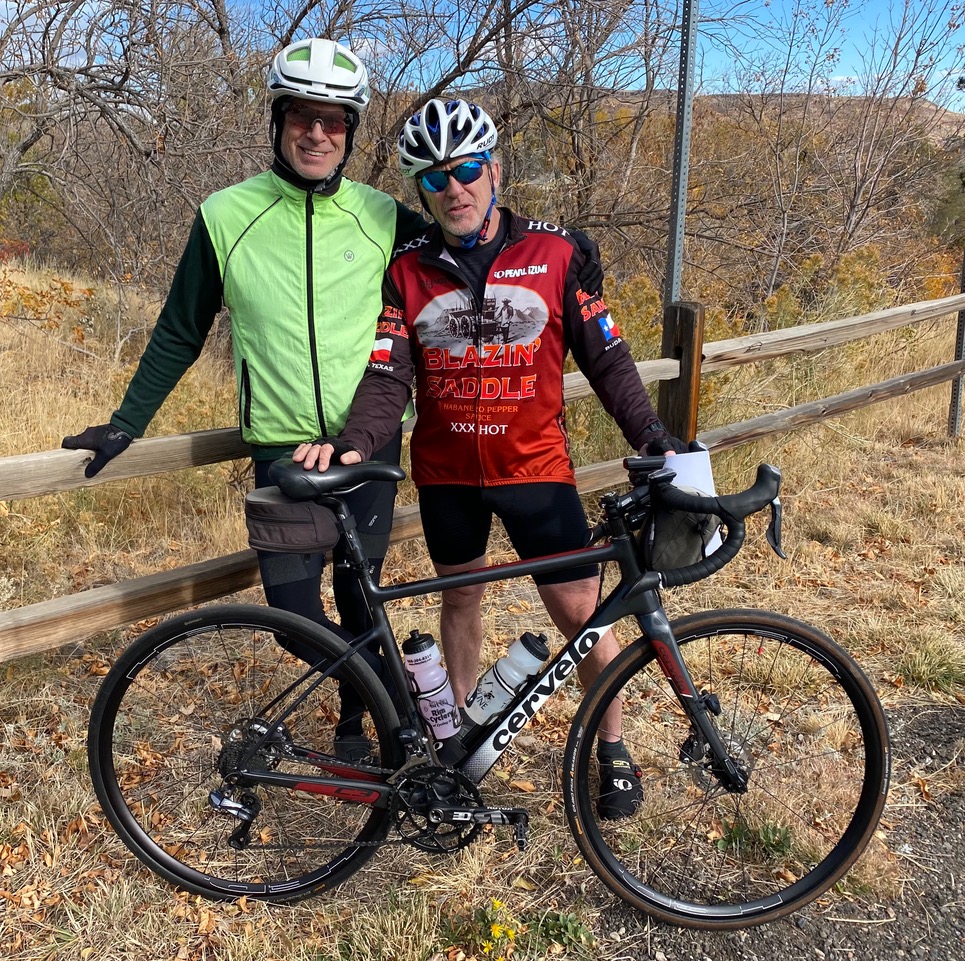 Cycling Lookout is always more enjoyable with a friend.

Steve and Scott have been riding together for 30 years. Since Steve (originally an Iowan who used to sell business furniture) was cooling his heels against the wood rail fence for a few minutes, I figured that he was waiting for someone. Scott (who has a manufacturing company that makes control systems) was riding to the base of Lookout from home on the other side of North Table Mountain. Having just returned from Spain, Steve still seemed relaxed and not in a rush to just ride up the mountain on his own without his good friend. He got started mountain biking 35 years ago when mountain biking was still in its infancy. He has had his teeth knocked out, blown out his ACL and broken his neck in bike accidents. Did these accidents dull his interest in cycling? Nah.

Scott used to deliver papers for the Rocky Mountain News in Wheatridge on his bike when he was fifteen years old. So he confides that he has been riding for 48 years- including a tour of the left coast before he ever invested in a helmet. One of his worst bike injuries was early on when he got a significant amount of road rash that eventually became infected. He has also had four shoulder surgeries- two on each shoulder.

We agreed that we all are for the most part ‘older than dirt’ and pretty beat up, but we will fight like crazy to keep riding as long as we can on Lookout Mountain.