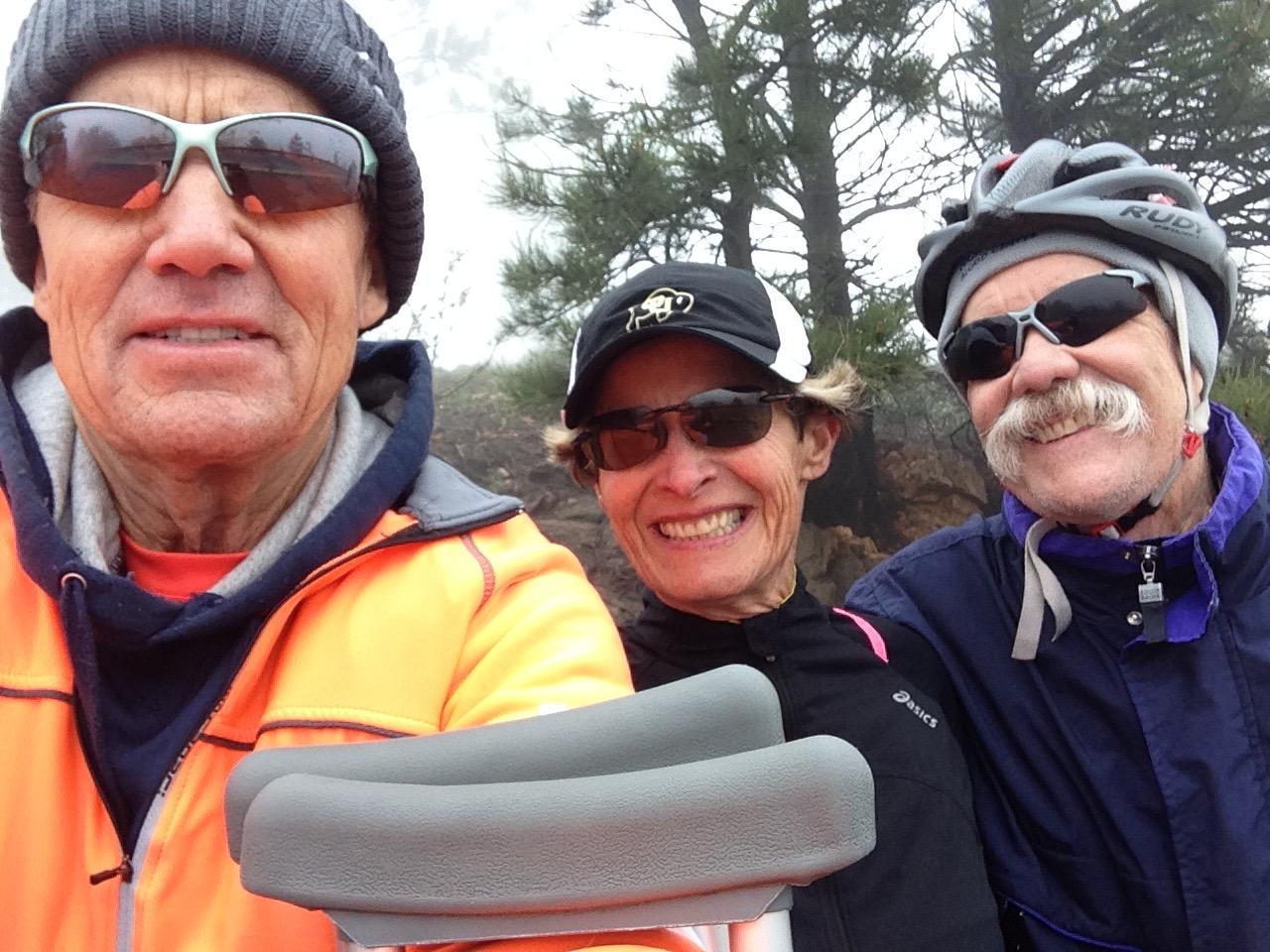 I guess it is time to profile myself, so you know who is writing these Lookout blurbs. I am the fellow on the left. Pam and Dave are the two friends in this photo. Today I asked a couple fellows if they had had any physical setbacks that slowed their riding progress. I have had a few myself.

I grew up in central Ohio and was more of a runner than a pure cyclist early on. After I moved to Colorado, I ran marathons, climbed 14ers, finished the 5th and 12th Ironman/Hawaii and even progressed (?) to running 50 and 100 mile trail runs. With the chance that I could produce some serious eye rolling of someone reading this, I finished the Hardrock 100 in the San Juan Mountains of Colorado (34,000 feet of elevation gain and loss) and The Wasatch 100 in Utah (about 26,000 feet of elevation gain and loss) eight weeks apart. (I was behind Gordon Hardman of Boulder when I finished both of these runs. He was the only other person attempting this double in 1996.) Putting my mind in neutral during these events was my specialty because my finish times were about 46 hours and 35 hours respectively (no nodding off or sleeping, Chuck, just keep moving toward the finish). As a result, I now have a couple prosthetic hips, a prosthetic knee and have had a stem procedure in the other knee. The reason that I have crutches in this picture is because I hiked the top mile and a half of Lookout eight days after one of my three hip surgeries. …….and I am still riding Lookout on a pretty regular basis thanks to my dedicated riding companions, the late Ray Bolton and the injured Rick B. My other scars have some stories behind them also thanks to my pre-retirement job as an electrical lineman, but that is enough of an injury report for now. I have more Lookout laps to ride…..