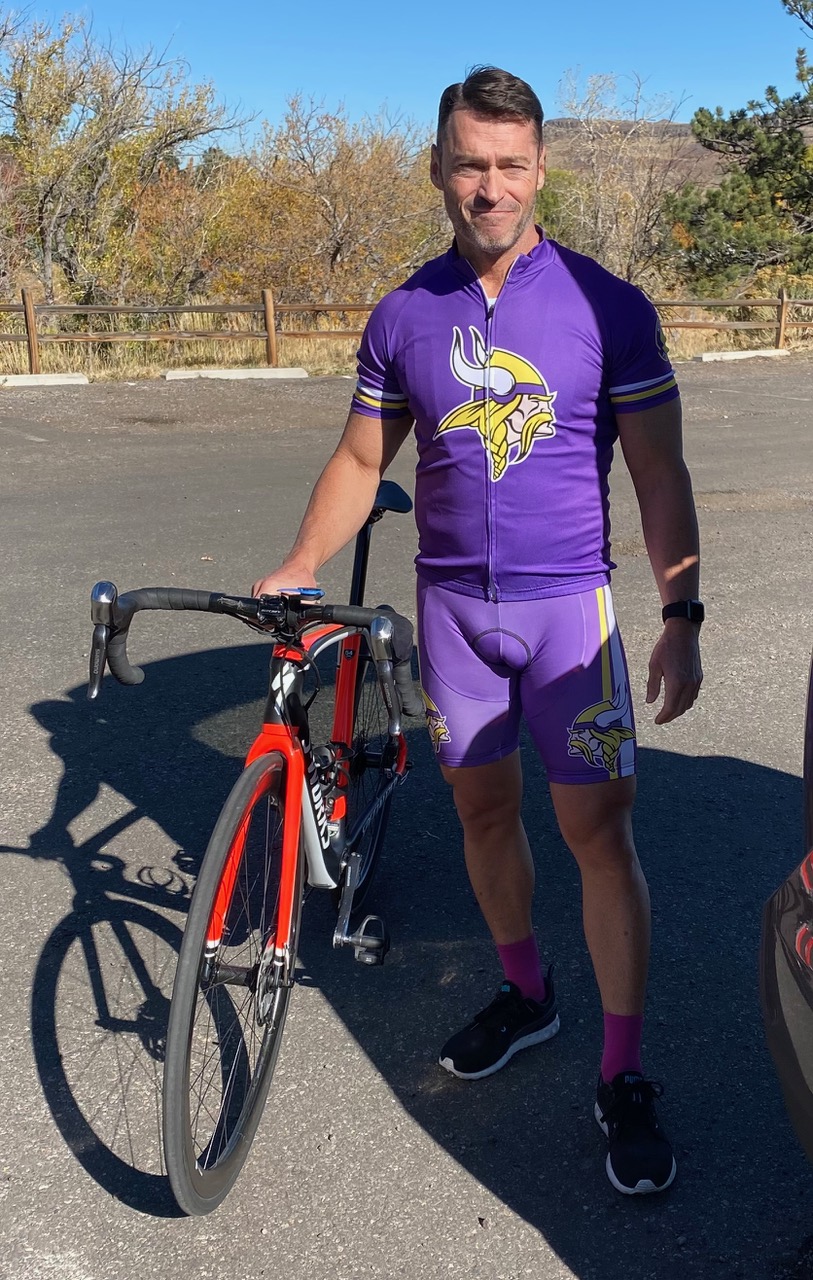 Adam Atchison was in the military until recently. And if there is a Lookout cyclist that you may not want to challenge to arm wrestling match, it is Adam. He may be 53 years old and no longer in the Army or the Air Force (two branches of the military that he says are very different), but physically, it appears that he could be playing professional football. His duty serving in the special operations in the Horn of Africa probably delayed his indulging his cycling interest, but he is now making up for lost time on Lookout. He is also racing (mostly criteriums) a bit. As you can see, his family’s move from Minnesota’s Twin Cities area has not abated his interest in the Minnesota Viking’s football team, but he really appreciates the opportunity that cycling in Colorado affords him to stay in shape. He wishes that he had started his cycling career thirty years ago. So he will continue to work at his job in the supply chain at Saint Anthony Hospital, continuing to serve the citizens of the United States in a different capacity.

Thank you for your service, Adam.