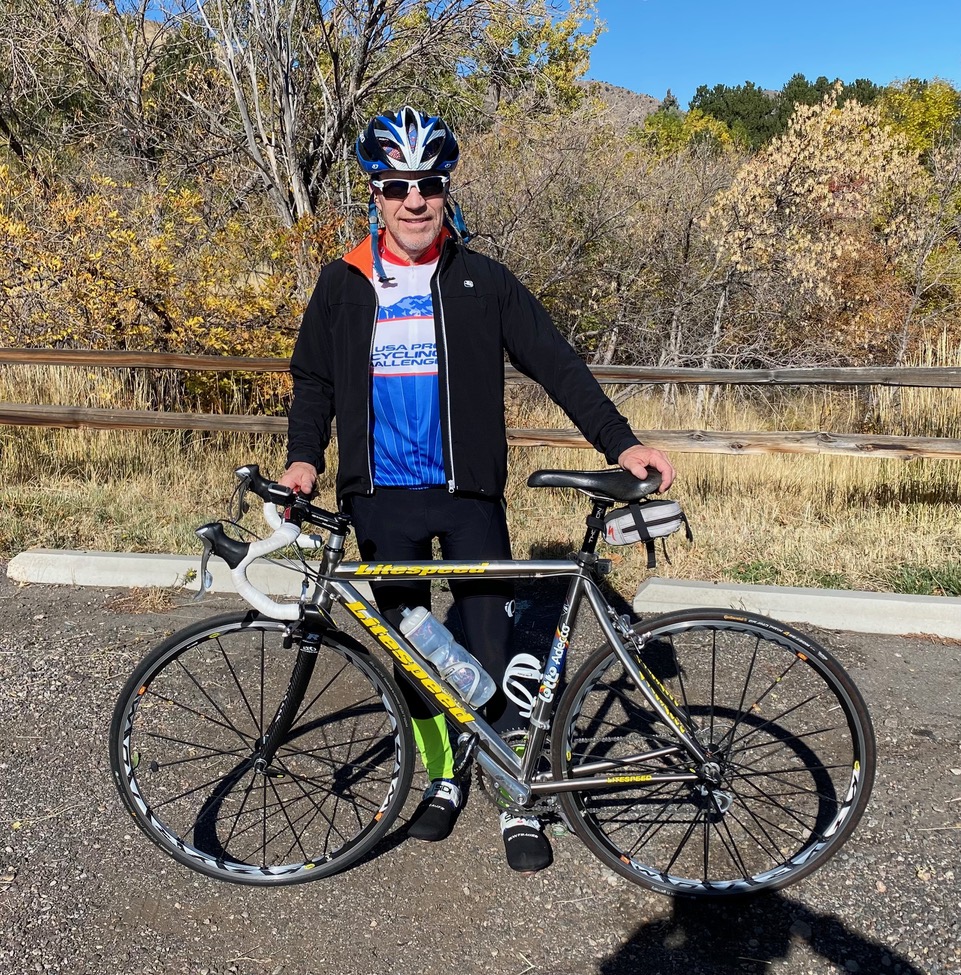 Ray Bolton would have enjoyed talking to Mike. They both grew up in Colorado and chose to live most of their lives here. Mike commented that “I have been cycling all my life” and that “I am a ‘hill guy’.” Check. He was an IT consultant and had his own business- Electra Data Services. He has ridden many of the Colorado Bicycle Tours, including Elephant Rock, Ride the Rockies, Courage Classic and the Triple Bypass and he says that he has never had a problem on Lookout- although he did have a fawn jump over his back wheel without contacting him or his bicycle one day. And, with the exclusion of Tom Flanagan’s fatal accident, thinks that cyclists have to consider themselves the responsible parties to maintain vehicle/cycling safety on the mountain. He cringes when cyclists ride two abreast when followed by a car or when a cyclist rides between other riders without announcing his/her presence. Mike may inherit Ray’s old unofficial title as the “Sheriff of Lookout Mountain” if he ends up calling out the violators of common sense cycling on the hill.

The cool air makes me feel like I am drinking cold water as I ride. It was a wonderful feeling on a cool, windless day.