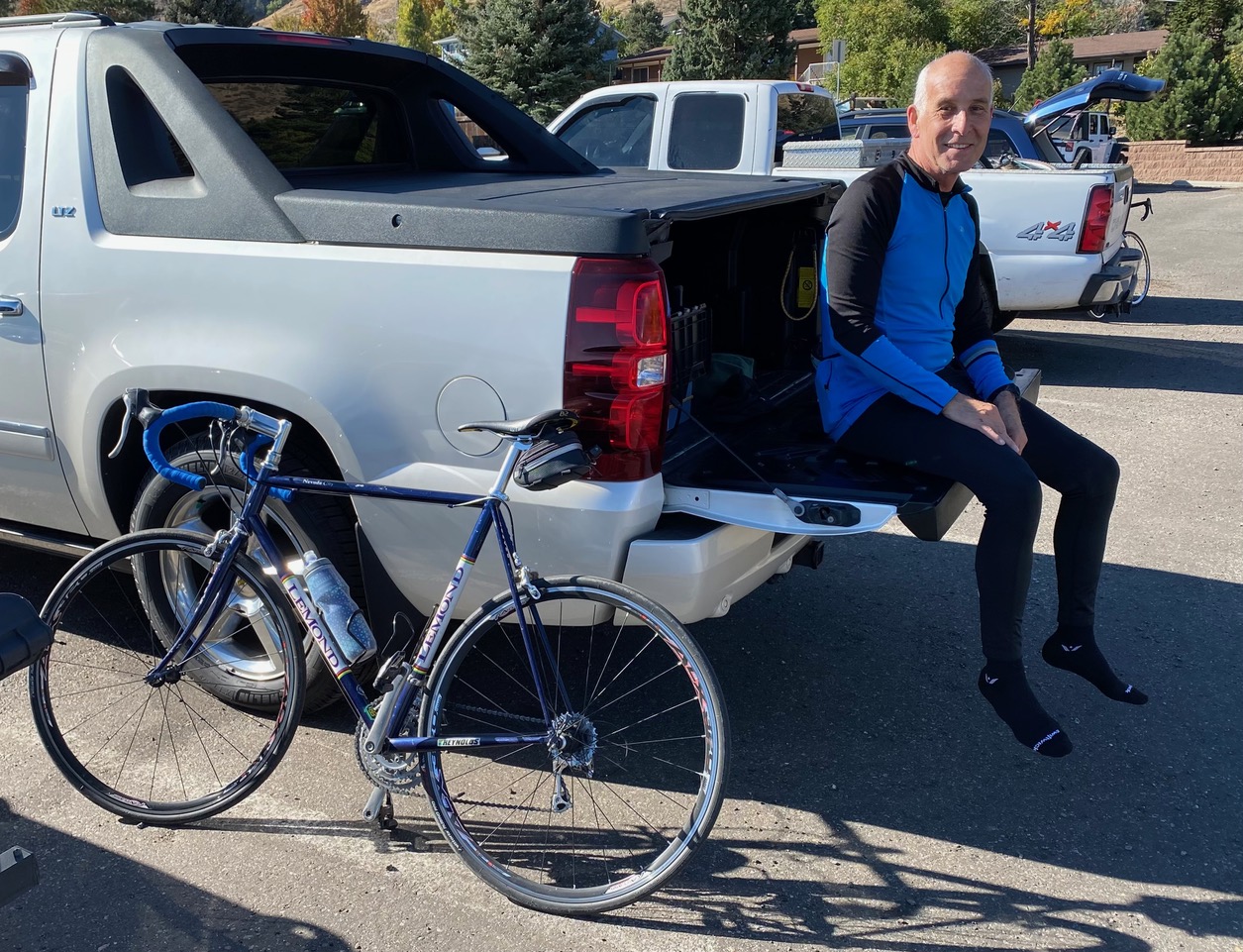 Kevin Collins from Lakewood turned 64 since I talked to him. He found this LeMond bicycle at a car wash. He reported it to the police and, since no one claimed it in the proper period of time, he became its proud owner. As he likes the solitude of riding solo, he just wanders over to Lookout a couple times a week to ride by himself up the mountain.

He came to Colorado from Chicago on a train in 1975. Though he was headed to be a water plant operator, he got diverted into becoming a steeplejack, painting the flag pole at a Greek Orthodox church and painting the light poles at a shopping mall parking lot. He eventually found his calling as an auto broker and ALMOST appeared in a commercial for the National Jewish Hospital since he had grey hair and a few wrinkles. Maybe after a few more years, a few more grey hairs and a few more miles on the bike……