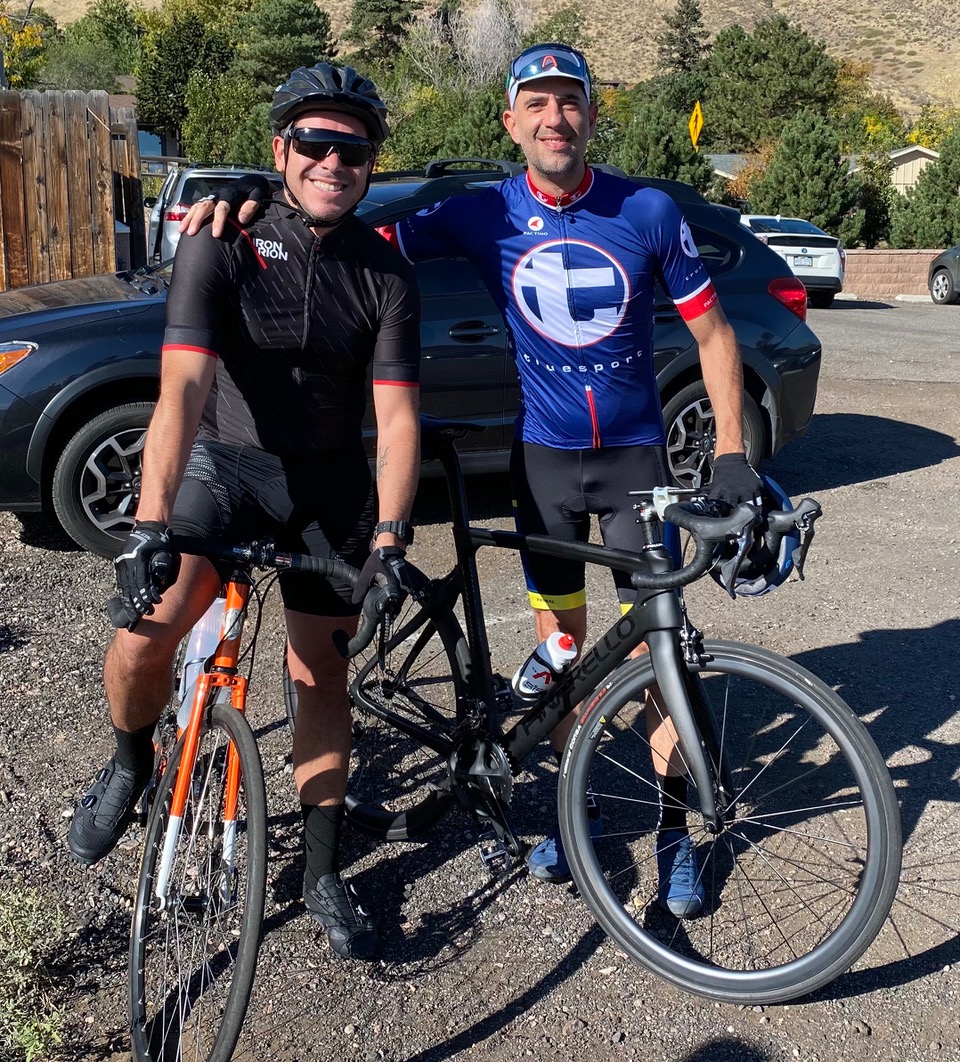 I checked in with 36 year old Gustavo Abraham and he allowed as how his new riding partner, Pablo Druetta was still running on Argentine time. We both were laughing as Pablo pulled up, only 40 minutes later than the time agreed upon by the two of them earlier.

Gustavo was visiting the US a couple years ago when CoVid hit and he could not return to Argentina. But a neighbor gave him an All City Bike that is in great condition and he is rolling. An attorney in Argentina, he is now working for Cross Country Mortgage as a ‘lender’.

Pablo is 44 and has been in the US for 20 years. He built his first bicycle when he was about 6 years old and has never left the business. He never had a car in Argentina. He just made his way around on the bicycle. Here he is a bike mechanic for Framework Cycles in the Highlands. He advises that the bike market and bike component market will be tight for at least another year.

The two women with whom I talked the previous day were from Ireland and England respectively. Amy and Clare also found ‘a cycling partner from back home’ who can each share some stories about their lives before arriving in the US. And while we were talking, Clare discovered that Amy was born in County Clare in Ireland.

I’ll try to post some profiles while I am gone, but I will be starting over on the consecutive Lookout days.