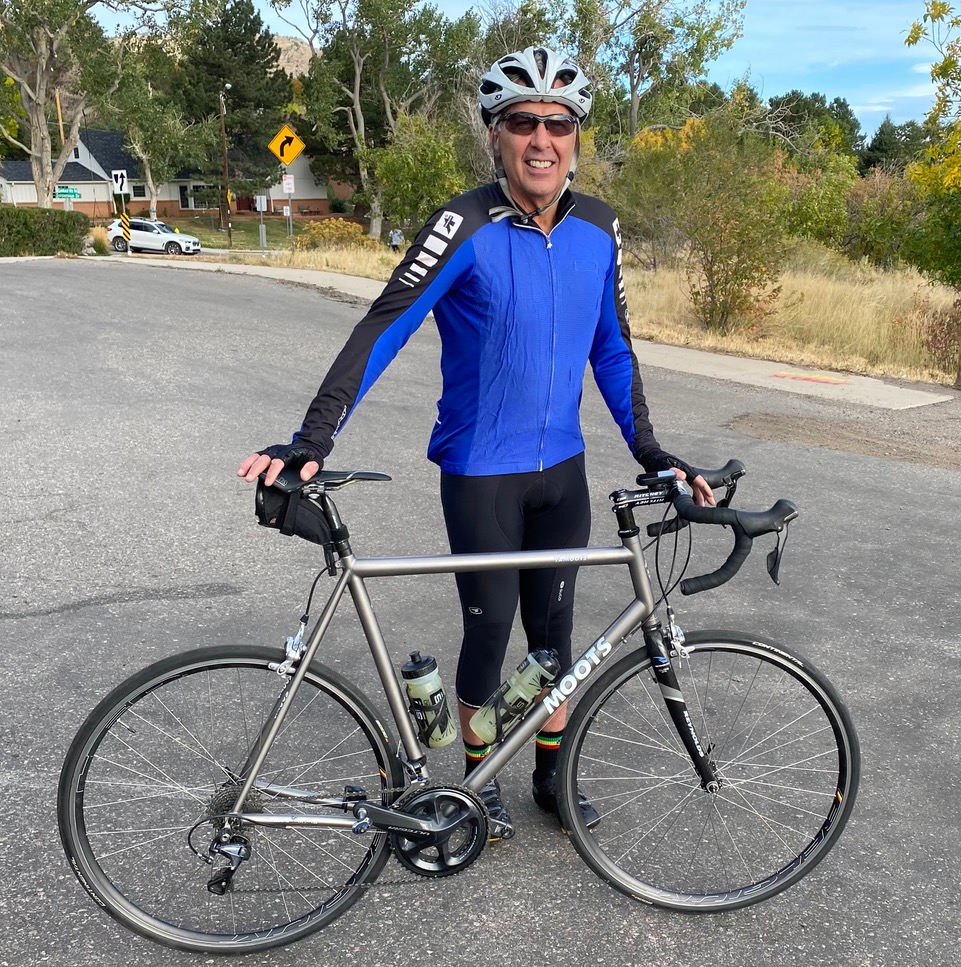 Terry Roth and I have something in common. We are old enough to both ride titanium bikes with mechanical components. Terry’s ride is a Vamoots model of a Moots bike. Terry is originally from Chicago and has a business in marketing- TR Marketing. His history in cycling includes about 20 years of riding consistently and three or four Triple Bypasses back to back. One of his favorite rides is to the top of Independence Pass once a year. Terry is a good example of a rider who uses his aging legs to keep his whole body healthy. Quitting cycling is not an option at 63 years old.

Good on you, Terry. Keep it up.

P.S. The Gwen Inglis Memorial Ride was today. And Christie Hurst was celebrating being alive a year to the day from her bad bike accident on Lookout by riding four laps on the mountain.