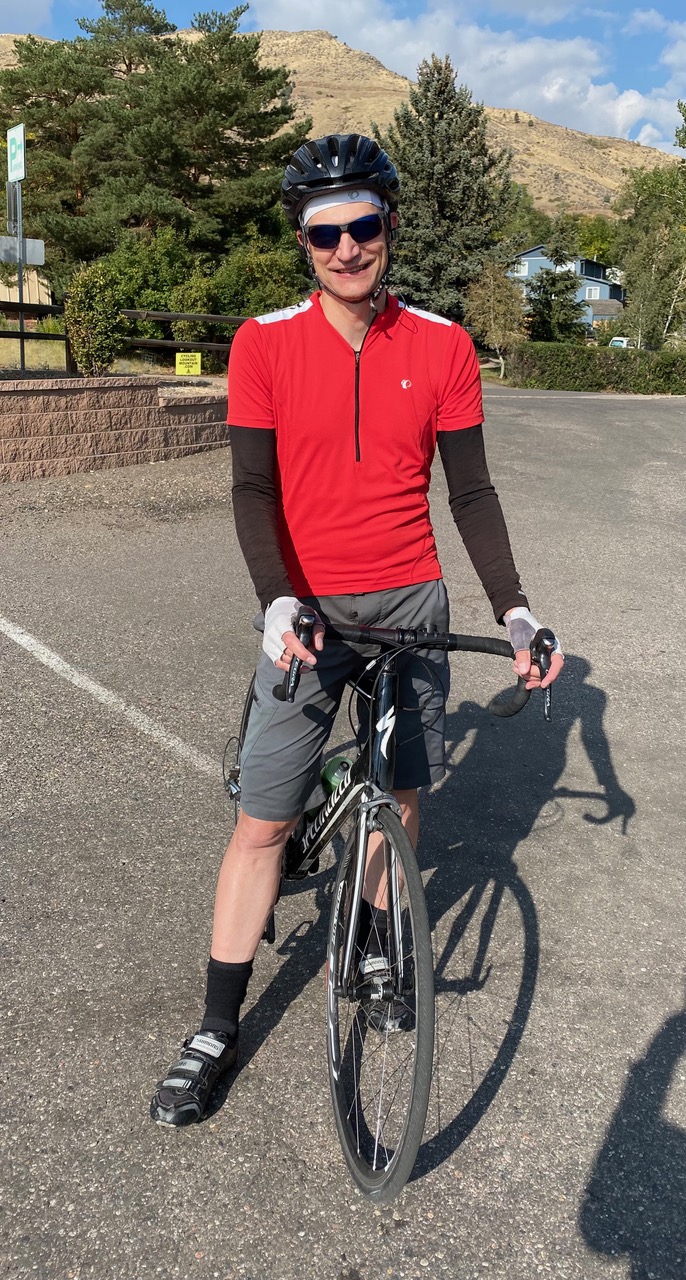 Dave still plays hockey. Though not a bruiser anymore thanks to a healthy cycling regimen, he still (at 52 years old) straps on the skates and mixes it up down at the Ice Ranch. He grew up in Detroit and cannot completely abandon his Redwings allegiance- but he does share it with an interest in the Colorado Avalanche. Having attended Michigan State and Ohio State, he found his professional niche in the software industry. He also took up running and swimming to finish half Ironman Triathlons in Boulder and New Mexico. He has a place in Grand Lake that was spared during the fires last year and loves the cycling in that area also, but is averse to “putting his bike in the car…”. He would much rather start his ride right out the door of where he is staying rather than driving somewhere to get cranking. It sounds like he has many too many irons in the daily fire to spend extra time on the road in the car.