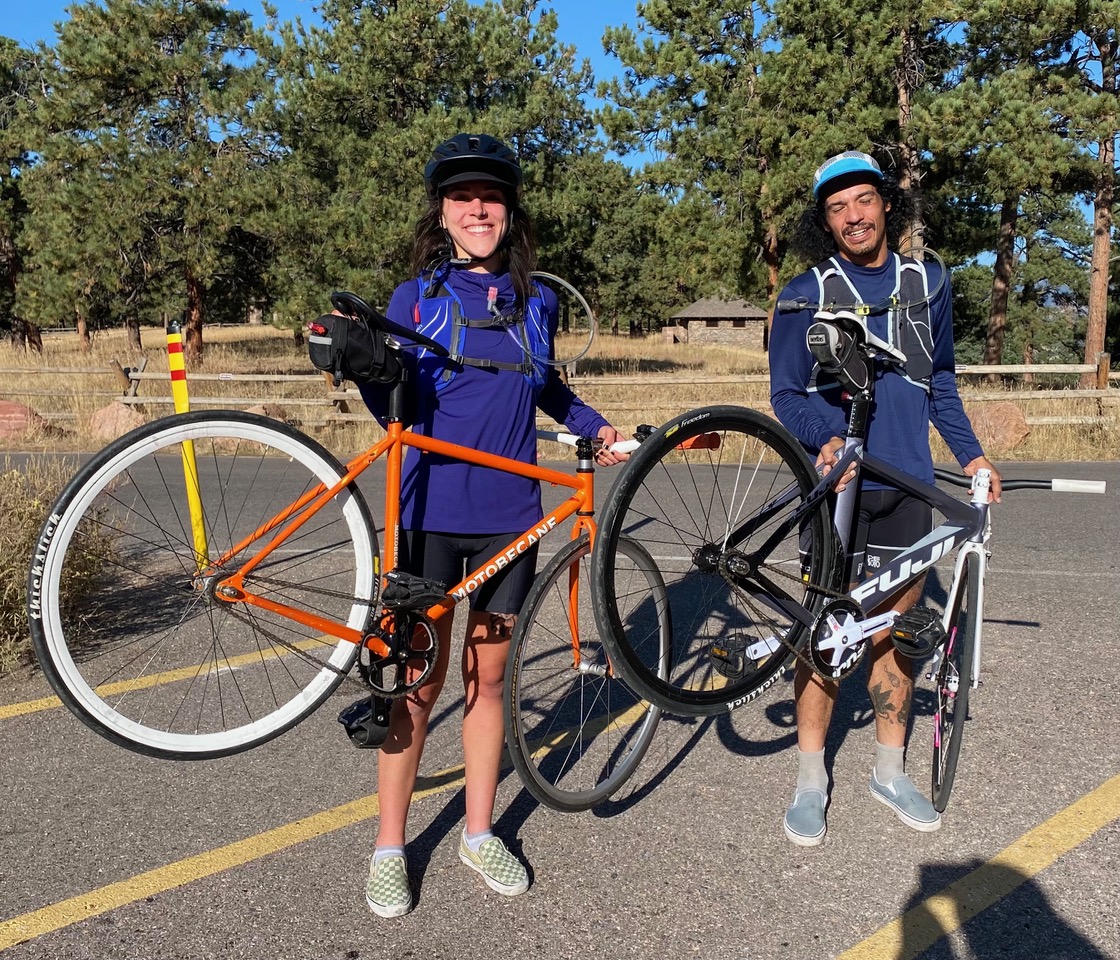 When these two ‘fixies’ passed me on Lookout, I was hoping that the cyclists would take a break at the top. They did and I was able to check in with Carlee Rhoads and Alan Cruz. They often ride with the cyclists at Z Cycles Bike Shop in Denver. They mentioned that the organized ride on Fridays from the shop is primarily oriented toward (but not exclusive to-) fixed gear bicycle riders. They have even climbed Golden Gate Canyon on their respective fixies….which is no easy feat as you climb the last hill before heading downhill into Golden Gate Canyon State Park. She is a teaching assistant in the accounting department at University of Colorado Denver. They both are entrepreneurs selling vintage clothing. Her label is The Hill Vintage Clothing and his is Some Sort of Something Vintage Clothing. (I hope that I got that right.).

Check out the casual footwear that they use for their efforts on the bike.

Thanks, Carlee and Alan, for taking the time to chat and posing for a picture.