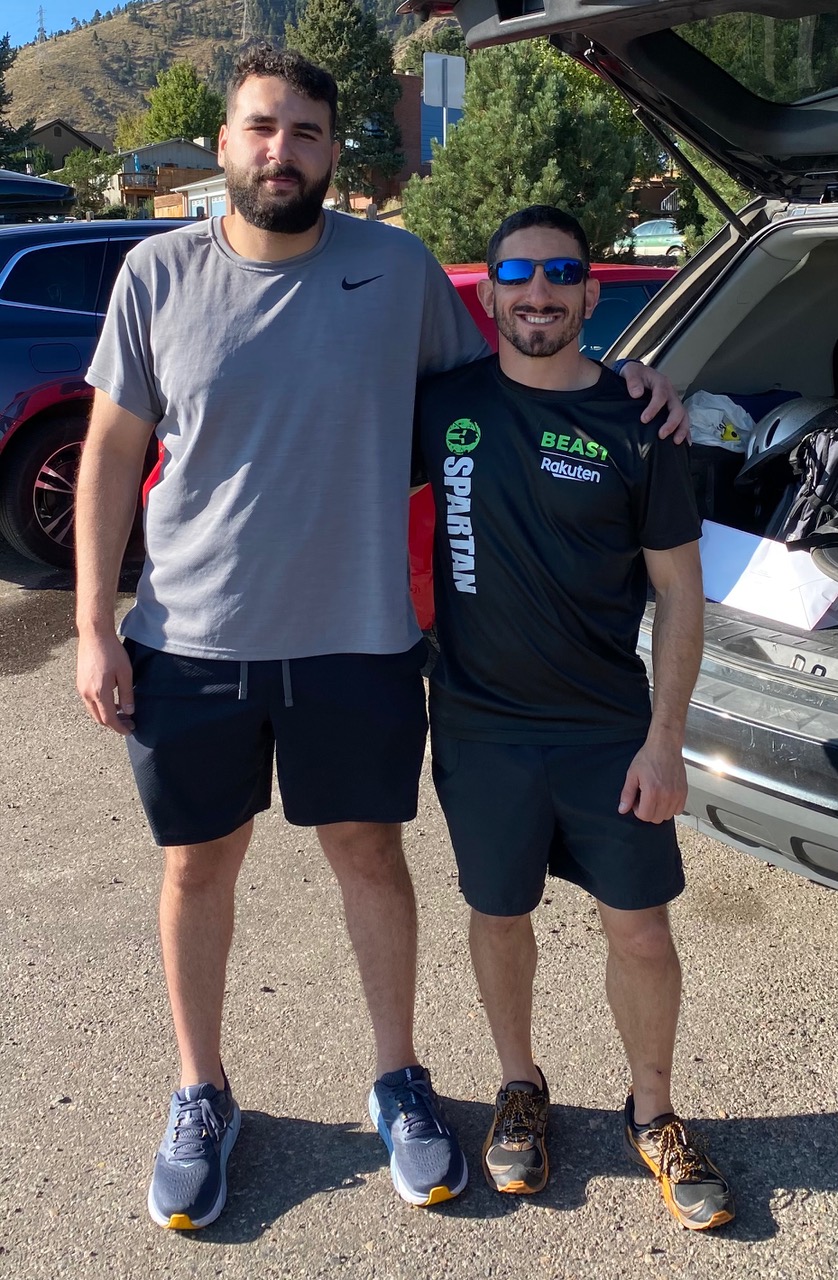 When I met David Kanefsky (right) and Hamza (left), I thought that they might be brothers (hey, it could be….some people have bigger younger brothers) or maybe really good friends. It turns out that they had just met each other this morning, introduced earlier by a mutual friend.

Thirty five year old David grew up in Parker (Ponderosa High School), is a veteran of the Navy and a graduate of the University of Denver. He is the local “Jake from State Farm” Insurance in downtown Denver. He had just hiked to the top of Mount Evans the previous day.

Twenty five year old Hamza is originally from the Cleveland area (Avon), is of Palestinian and Moroccan heritage and is a claims adjuster.

These fellows were both very interesting and probably will be riding together on the mountain again soon.

Start Sunday, September 19, 9 AM, more comfortable temps
Finish 10:30ish, still very comfortable
Cyclists on descent 63
Vehicles on descent 15
Runners/hikers 6
Ratio of cyclists to vehicles 4.2 to 1 (pretty normal for this time of day on a Sunday)