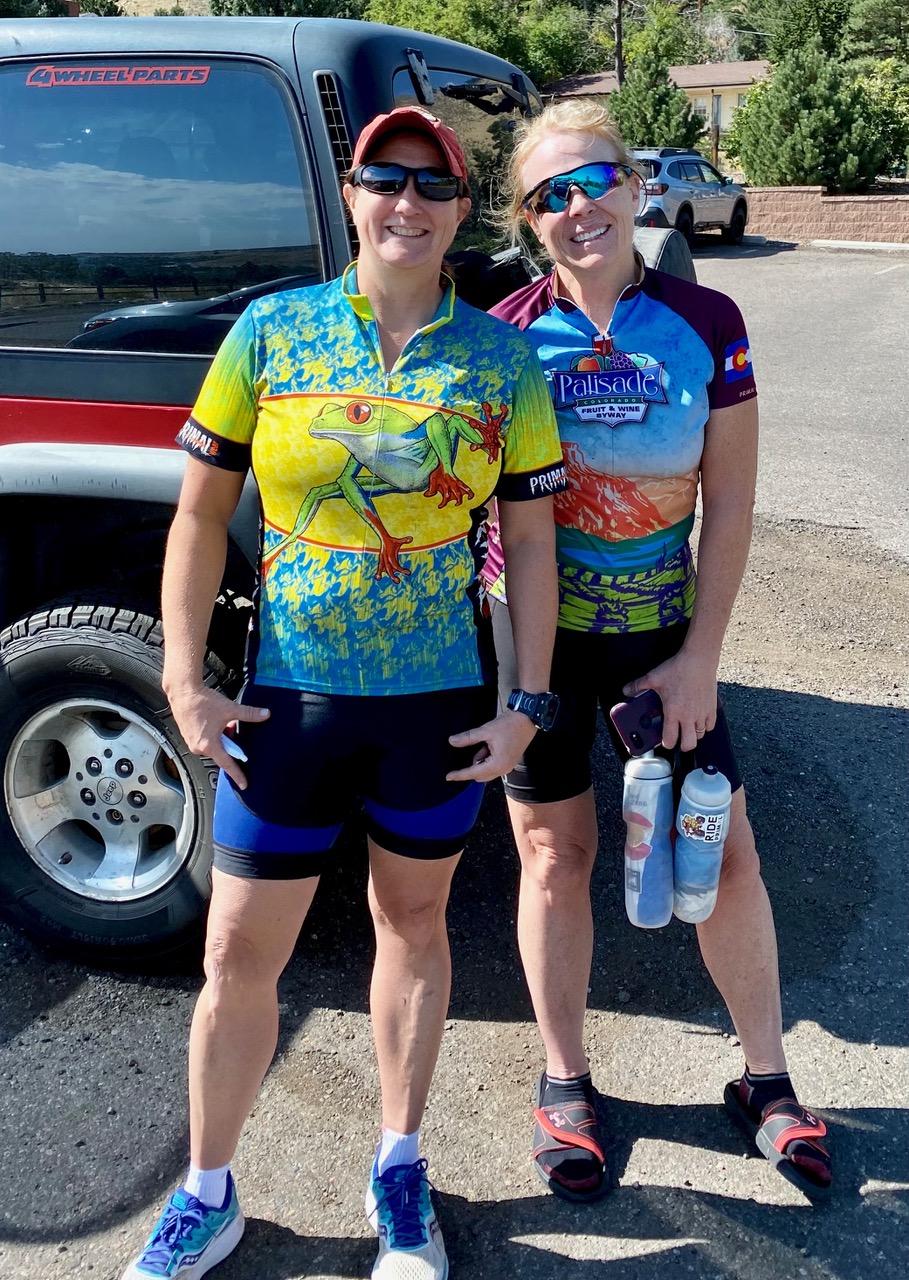 I had a nice chat with Sara Skoff and Karen Morgan on Tuesday. Sara, an emergency room nurse at Saint Anthony’s Hospital who attended Arvada West High School, comes from good athletic stock as her mother, over 70 years old now, still rides a bicycle. Sara has completed Ironman races with excellent times in Canada and Arizona. Both of them were preparing for the Tour of the Moon in Grand Junction. The name Dillan Gillis came up in the conversation as a person who finished the second Hawaii Ironman Triathlon (1979 on Oahu, I believe). I think Karen, who works for UPS, mentioned that Tuesday’s ride was her first ascent of Lookout Mountain. On to Tour of the Moon, ladies!

Thanks to the couple from Evergreen who gave me a ride down to the bottom after I rode downhill on a flat for a mile and a half and was walking from there. My rear wheel of my Litespeed was in the Golden Bike Shop, getting some TLC from Tulio from Venezuela. It turns out that the tube on my rear wheel of my backup bike (a Bike Friday) was years old and the rubber around the stem of the tube was, um, not up to the task. Three trips up Lookout as a stand in was one too many.