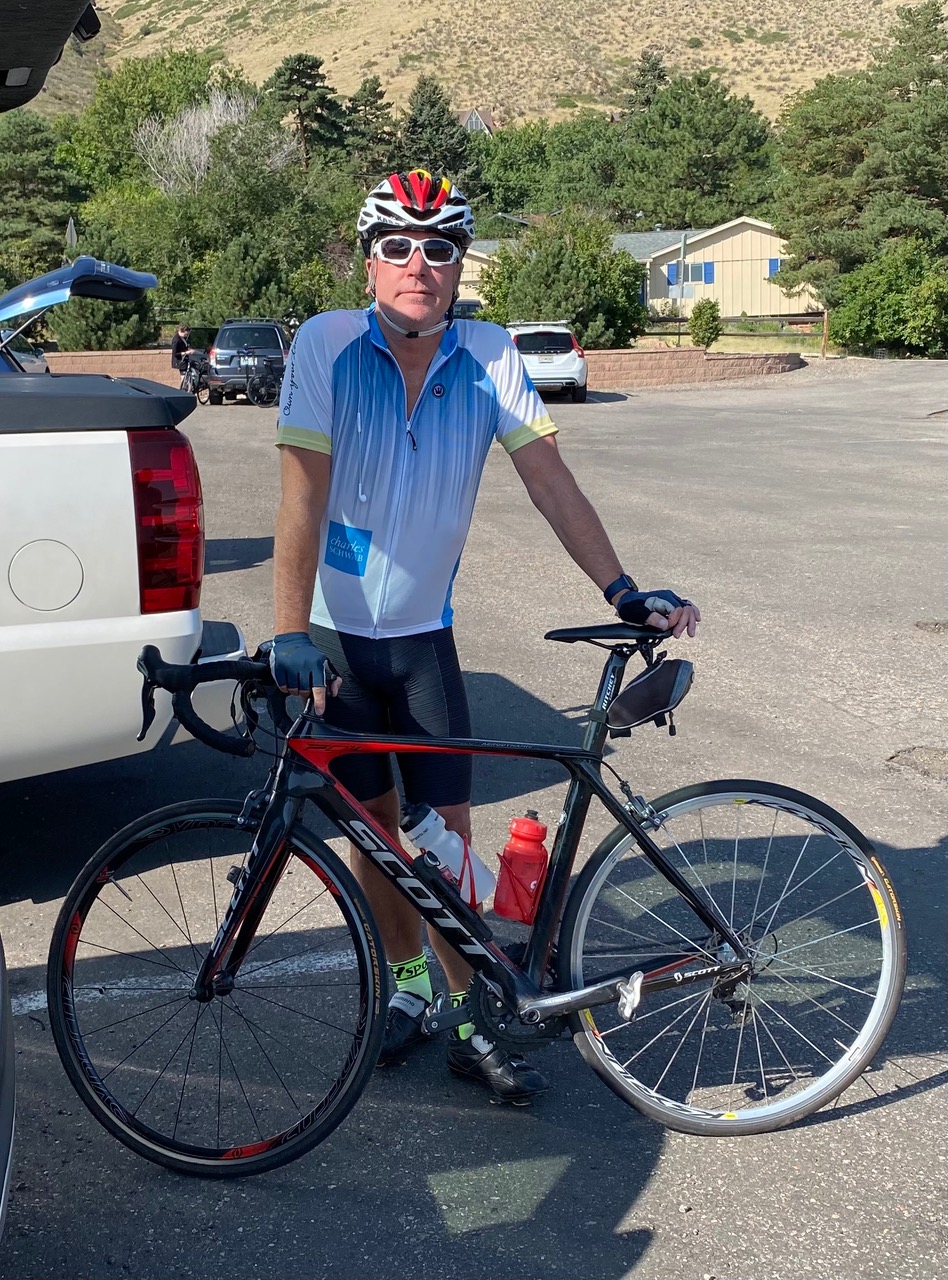 Ted’s riding partner forgot his shoes, so Ted (from Arvada) was a solo act on Lookout today. In 2014 when he was already over 50 years old, he rode a week of the Super Tour (100 mile days) in southwest Colorado and rode the Triple Bypass in under eight hours. He said that the long version of the Super Tour is three weeks of 100 mile days- much like the distances ridden during the Tour de France.

I also chatted with Shawn who had run the trail this morning. We discussed running into rattlesnakes while trail running. We agreed that, in a three runner group, the first person alerts the snake to potential danger. The snake coils as the second runner passes and the third should be alerted to the danger so that he/she is not bitten.