As we started, a cyclist and a driver were exchanging verbal jabs because the cyclist had passed the vehicle on a blind corner. The cyclist did not see anything wrong with his behavior and the driver disagreed. I would be siding with the driver in this situation. Arrogance and impatience in a cyclist’s behavior can promote ill will on the road and at times the cyclist might get away from the situation after causing someone else to bear the consequences of his/her behavior. This website intends to promote reasonable, behavior from cyclists, drivers, runners and hikers using the same road together-showing respect and consideration for each other.

The fellow on the right in this picture taken at Windy Saddle is Dale Petersen. He is a retired chiropractor, an excellent triathlete, an ultrarunner, an accomplished rock climber and a second place finisher overall at the Pike’s Peak Hill climb. That is quite an athletic history. The other fellow had ridden from his home in Littleton and was including Lookout in his long loop ride. 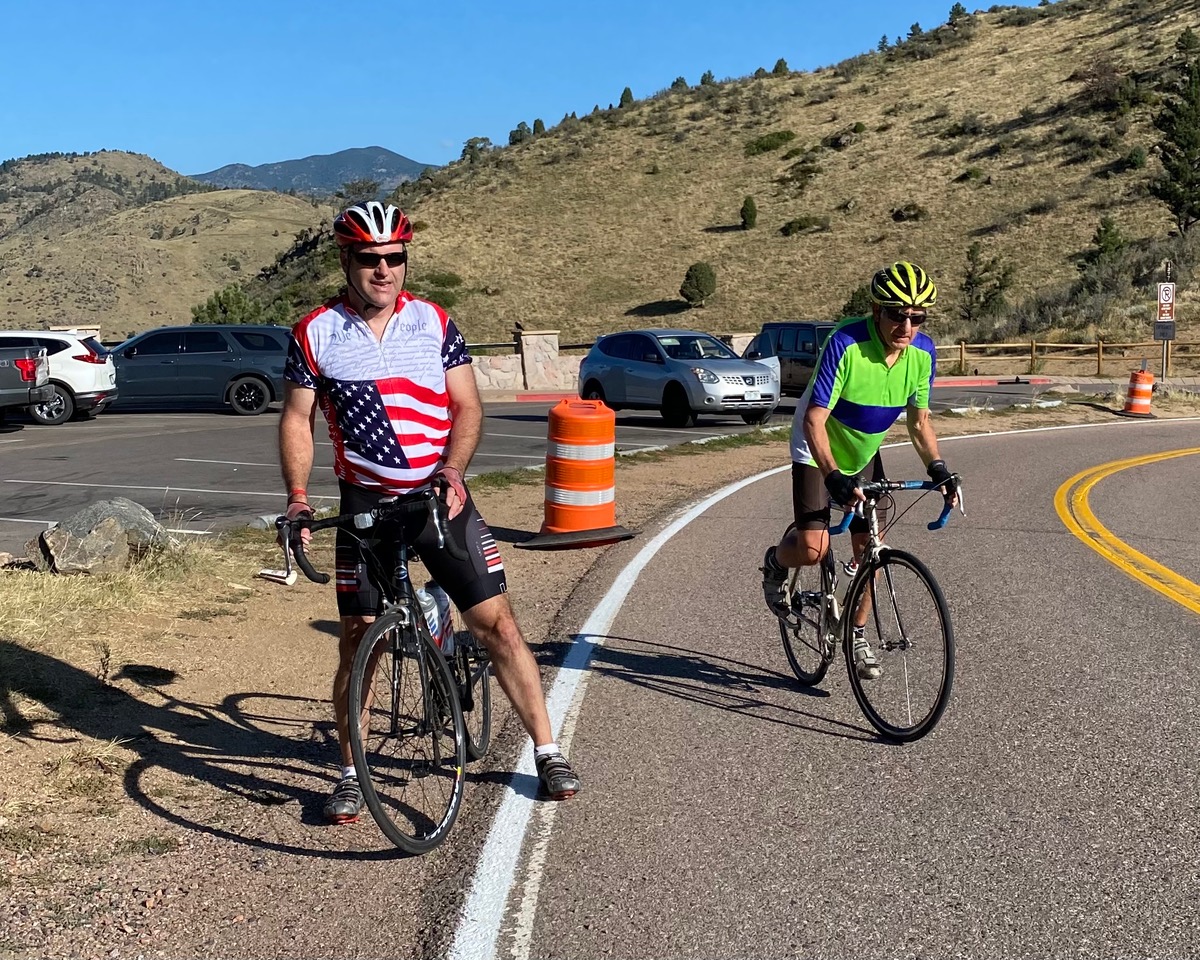